June 29th
A Cool Wind Blows over the North Pacific Fisheries Management Council
June 25th
Endorsing the Alaska candidates and Who is the United Fishermen of Alaska?
June 22nd
Guv and Lite Guv, Live and Let Live
June 21st
Celebrate Alaska halibut
June 17th
Fishing Vessel "Alaska Don"
June 14th
Celebrate Salmon!
June 11th
Does Fish and Game really want local control? Not
June 8th
Bottom trawling and Sector Management
June 6th
The "Generals of Ratz Debates" continues
June 5th
More debate on who the Generals of Crab Ratz are
June 2nd
More debate on who the Generals of Crab Ratz are
May 31st
Corporatism, and the 'rebuttal to the defense of Ted and Don'
May 29th
"Alaska got primary control of the big money fisheries..."
May 27th
Yes, Virginia, there is a real Council, someplace
May 25th
The real fish Czar, or the strip mining of Alaska's waters
May 23rd
Take that four-barrel off that Council
May 20th
Board of Fish and Valdez meeting, or gillnetters beware
May 15th
Lobbyists make fisheries laws in the U.S.
May 13th
Dishonest academics in the National Fisheries Debate
May 10th
Science vs fuzzy logic in the National Fisheries Debate
May 8th
Funny how if the fishermen suffer, so do the towns
May 6th
Hunting the noble crab rats: Part III
May 4th
"Property and Fisheries for the 21st Century"---a scientific paper
May 3rd
AlaskaReport as Fishermen's Forum and Change Agent
April 27th
Hunting the NOBLE crab rats: Part II
April 26th
Blog the truth and the truth shall set you free
April 23rd
More crab rats hunting stories
April 21st
Confused about RSDAs? Vol. I
April 19th
Hunting the wily crab rats
April 17th
Political strategist as fisheries manager?
April 16th
Fishery Councils should stick with resource management
April 13th
Everything you wanted to know about True World Foods in Kodiak
April 11th
"Rising Sun," "Spirit Bear"
April 10th
A reader's lament over lost opportunities in the fisheries
April 7th
"Reader Weekend," on processors, et. al.
April 6th
The cure for fisheries add-ons in Washington D.C.
April 5th
North Pacific Neighborhood Watch
April 3rd
Is the NPFMC even legit?
March 31st
Bundrant says Trident is "small potatoes"?
March 30th
Will the real owners of the crab please stand up?

John lived in Alaska for 50 years and has run commercial boats and processing plants. John also served as a loan officer and economist for a "fishing bank" and served as the only Fisheries Infrastructure Development Specialist the state has had. He has owned a marine design and fabrication business and created the best-selling "Passport Alaska." All photos on his blog are his own, unless so noted. Contact John Enge

Alaska Department of Fun and Games?

"March 1996 - Plaintiffs learn that Exxon secretly settled out of court before trial with seven large seafood processors for $70 million, but the processors retained a right to a share of the $5 billion punitive damage award and would kick back their share to Exxon." 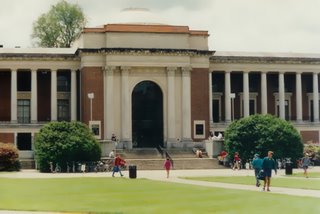 No comment, except how did they get paid and not the fishermen? The processors have banded together into the PSPA, that's how. Alaska fishermen have 60 or so different organizations.

"Here's an article that you can feel good about. A reader tells me I have tended to get more strident in my old age. And he's right. But it's designed to get fishermen to think outside the box and contribute their experience and ideas as well. I've meant to say this, that this article is the type of information I'd rather be dealing with. But if we don't tip the balance of power towards the fishermen and communities, the 99% of the human element of the industry, the rest of this is a moot point.

This article has to do with a revolution in fisheries management (as opposed to fishermen management). It has to do with an Oregon State University project of mapping the exact migration paths of fish. Then when they are caught, you put a bar code on the fish and all along the supply chain someone can have the whole history of the fish.

When the customer gets the fish, he could get a print-out of the life story of that fish and the fisherman that caught it. Apparently California, Washington and British Columbia have similar programs going. I don't know if Alaska does, but it sure would help the Pacific Salmon Treaty folks and all salmon management in Alaska. The Treaty folks get together every year and shout and shake their fists at each other over who is catching who's trans-boundary king salmon and sockeye.

I take it back, they are doing a similar study on halibut in Alaska. But it's usually the International Pacific Halibut Commission that does halibut studies. Sometimes you wonder about the Alaska Department of Fish and Game. Take this letter we got from a reader:

"To Whom it may Concern:
I am a former ADF&G technician who made complaints about a hostile work environment that unreasonably prevented me from doing my job. As a result obligations to the Pacific Salmon Treaty were not fulfilled. This was in 2002. The three year cycle of coho now indicates that this suspension has adversely affected the gillnet fishery in two areas, Upper Lynn Canal and Taku inlet where there were poor returns contrary to predictions.

With training including several upper division and graduate level biology and fishery management classes, I would take offense to people using the phrase "Department of Fun and Games." I now know that this is a more appropriate name for the department's $50 million spent annually.

My union would not represent me, and their turmoil, and takeover by Admin officials indicates a level of corruption. I reported this to the Racketeering Agents of U.S. Department of Labor in Seattle, who said they would not investigate Labor Management Corruption, but were interested if there was evidence of pension fraud.

Without knowlege of this I promised them that knowing the individuals I had dealt with, this was likely. Some research of the $5.7 billion, forwarded to the agents preceeded the announcement of last year's special session of the legislature by a few weeks. The main agenda was PERS, which had not even been on the back burner at the start of the session. I invite any interest in the corrupt practices I have experienced at the ADF&G, and feel free to contact me for any information I may provide."

This should be answered by someone and not just go into a black hole. Like we heard that private persons were using mechanized earth moving equipment in the Stikine-Leconte Wilderness area. Well this reader is in good company. I was shunned by state government for proposing a new marketing concept for fishermen 15 years ago.

The processor's lobbyist had threatened my superior's job if state commercial fisheries development work didn't match their agenda. And I had taken a different tack after studying the fisheries infrastructure situation for a year and an half straight than what the Division thought was important. So the RSDAs could have been a unified voice for fishermen and been generating top dollar for fishermen for many of the last wasted 15 years. Maybe even had the clout to get Exxon to pay up. Been there, done that, dear reader.