A School of Red Herring

Kodiak, Alaska - In a recent opinion piece "MSA: 30 years and going strong" Mr. Dave Benton applauds the reauthorized Magnuson Stevens Act for following the "Alaska Model" of fisheries management. In doing so he joins a frenzy of backclapping politicos, lobbyists and envirowarriors- lighting each other's cigars, buffing each other's bald spots and sending out rafts of "We did it!" e-mails in the warm glow of their mutual victory. 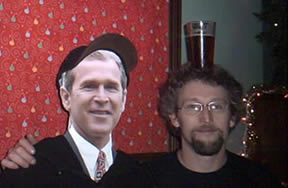 Unfortunately it is a magician's illusion. While one hand holds the audience's attention with a coral-reef card trick the other hand is making a public resource disappear into a very few private hands.

Mr. Benton touts two aspects of the Magnuson Stevens Act: the re-Americanization of the 200 mile Exclusive Economic Zone and improved "ocean stewardship", or the ability to better manage the stocks with the foreign trawlers pushed out of our waters. But while the "Alaska Model" may not kill the golden goose it certainly steals all the eggs.

Benton offers the "Americanized" pollock fishery as an example of how the MSA worked well. He fails to mention that the American Fisheries Act, which privatized and monopolized the fishery, was a square off between Norwegian funded factory trawlers and Japanese owned shore plants. Senator Stevens' Aide Trevor McCabe refereed the match and when it was over the entire fishery was owned by a few big mostly foreign companies, lock, stock and fish barrel. They own the boats, the fish and the market, forever. Alaska's pollock fishery was a free range cow that the whole world was chasing around with a three legged stool and a milk bucket. Our response was to fence the pasture and give away the cow. Knowing that Bossy is healthy is small consolation to the guy who can't have milk any more. 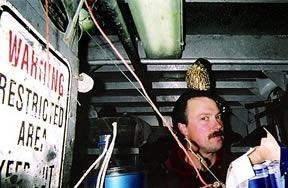 Benton goes on to praise the "genius of MSA, not regulating the fishery through distant bureaucrats but putting local fishermen with real-life expertise at the table." Unfortunately, there are no "real life" fishermen on the North Pacific Council. In five years of attending meetings I have seen only two working fishermen on the Council, and they did not serve at the same time. The Council is dominated by lobbyists: executive directors and vice-presidents of special interest groups like the At Sea Processors and the Pacific Seafood Processors Association. Representation has not been from the grassroots, but from the penthouse roofs. There is a simple litmus test. Who, among the members of Council, the Advisory Panel and the participating public, is being paid to be there, and who pays from his own pocket? I have met a number of fishermen and citizens who pay thousands of dollars a year to attend meetings and try to have a voice in the process, with little or no hope of personal gain. This is a far cry from being put up at the Hilton with an expense account by a multinational corporation that expects to own the resource at the end of the day.

In praise of MSA's ecosystem safeguards, Benton writes; "Bycatch is closely monitored and has been substantially reduced. Extensive swaths of the ocean floor have been closed to fishing to protect essential habitat." First, bycatch has been reduced largely by calling it something else. The saleable fish now caught accidentally with the target species are being renamed "Secondary Species". Both saleable and non-saleable bycatch will become tradable commodities. Boats that overcatch these species can buy blocks from boats that don't to avoid being shut down. So the amount of these secondary species harvested will never be reduced. Why should it be? It's money in the bank. Good policy would reward techniques that specifically target fish, not the opposite. 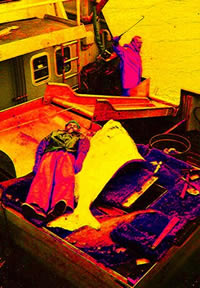 Also, to say that bycatch is "closely monitored" is an inside joke. The amount of observer coverage on groundfish boats is pathetic. And it is common knowledge that boats with observers aboard fish quite differently than those without. Repeated requests for a period of 100% observer coverage to provide an accurate set of numbers has been called too expensive, even though a tax on the "secondary species" trawl fishery for black cod alone could easily pay for it. Trawl black cod has been classified as saleable bycatch even though it is prosecuted with a different kind of net on different grounds as the target species. Another inside joke.

And pointing to "extensive swaths" of closed grounds is a bit disingenuous. Not letting a trawler tear his net to ribbons on a patch of coral as sharp as broken glass is like not letting someone punch himself in the face. Nursery grounds for crab and cod in the flats where a bottom trawl rolls easily remain open. And they probably will, with the bycatch trade system in place.

This brings up one of the biggest ironies of the proposed rationalized groundfishery. The so-called Sector Split, which locks in gear types. To compete with each other in the "race for fish" trawlers and their nets have grown bigger, badder and less discriminate. Rationalization means the race is over. Why are we locking in the race cars? Kodiak's Bill Alwert has often observed that in a rationalized world all of the cod in the Gulf of Alaska could easily be caught with pots, with higher quality, more community equity and virtually zero bycatch.

Now here's the really crazy part. Whether our state and federal fish policy serves the country or the company may very well come down to a definition of its ultimate goal. That's right. They're still not sure what it is they're trying to do. The Constitution of the State of Alaska directs its public servants to manage a public resource for "the maximum benefit of its people". However, our own Fish and Game Commissioner, McKie Campbell has been leading an effort to define "maximum benefit" as "optimum yield". That made me scratch my head. But then I began to read the McDowell Group's excellent report titled "State of Alaska Seafood Economic Strategies- Draft Report". Highly recommended. It is available on their website - www.mcdowellgroup.net - objective, plainspoken and pertinent; I can't say enough good things about the McDowell Group's professionalism and their product. It was prepared to help the state form good fisheries policy, and I sure hope they use it. The report clearly calls for the state to gather socioeconomic data before proceeding. This is something many fisherman and community groups, notably the Jigger's Association, have been asking about for years.

Raw economic data basically tells you about the size of the pie. Socioeconomic data tells you how the pie is sliced and who gets a piece. "Optimum Yield" means we want a big pie. "Maximum benefit" means our sons and daughters might actually get to taste it.

If fishermen understand one thing it is that no job is ever really over. Eternal effort is the only thing that keeps the gear sharp and the boat afloat. Likewise, work on the Magnuson Stevens Act is not over. It is entering its next phase. It is just a blob of molten metal right now. What kind of sword it becomes will depend on who hammers on it as it cools. Regional Fisheries Associations, in particular, are important to watch as they develop. They could be used to steal the pie, or to slice it.

Correction: It has been brought to my attention that I inferred that lobbyists serving on the Council have their expenses paid by their employers. The federal government supplies room, food and beverages for Council and Advisory Panel members.